So, let’s remove some of the mystery around the Biodynamic preparations.

“Biodynamics is defined by the employment of specific fermented plants and herbs called “preparations”, or “preps”, numbered for unknown reasons by Steiner BD500-508. In truth, these preps are used as forces and not as substances.

If you think of your farm or environment as a living organism, these preps help to form and setup the “organ systems” in essence: the brain, nerves, skeleton, digestive tract, and endocrine system of your farm and plants.

Acting as stimulants, the preparations are applied in small homeopathic quantities, positively affecting soil quality, compost and soil microbes, the relationship between plants and nutrient elements, and especially, the quality of vegetable produce.

www.Microbemakers.com has made this SO EASY!

For our Farm-a-Yard Family you can get 15% off.  Discount Code: Farmayard

Here is a brief synopsis of each preparation:

BD500 Horn Humus is the result of cow manure fermented in a cow horn buried over the winter, when all of the energy is inside the Earth.

The Earth breathes as humans do, in & out, with the seasons, allowing the fermenting material to utilize the digestive factors of the Earth’s telluric energy.

To apply BD500 in farming the resultant humus is stirred in both directions for one hour. One horns worth of BD500 is capable of treating almost four acres of land!  It is applied as a spray to stimulate biological activity in the soil and encourage root development. BD 500 relates to organic carbon, calcium and silica.

When permeated by sufficient oxygen and nitrogen it allows the formation of a rich humus structure.  The root zone and the rhizosphere surrounding it act as the “brain” of a plant, regulating which materials are allowed to leave and enter.

BD501 Horn Silica is made of finely ground quartz also fermented in a cow horn. To make BD501 quartz is ground into a dust and mixed with small amounts of spring water to make a paste.

This is then packed into a cow horn and buried again in the ground, but this time during the spring and summer months, exposing it to the Earth forces of summer. Its function is to enhance light metabolism in the plant, stimulating photosynthesis, increased sap sugars, and the formation of chlorophyll.

The average horn produces 300-500 grams of 501, enough for 150 to 250 acres of land. BD501 is also potentized by stirring in a bucket back and forth for an hour and is normally applied in Autumn and Spring in late afternoon.

It is intended to influence the color, aroma, flavor, and keeping quality of the crops. BD501 exerts its formative influence directly on the plant itself and increases the light-intaking ability of the plant. BD 501 helps the plant to sense its surroundings.

If you imagine BD500 setting up the “brain” of the farm and plants, then imagine BD501 setting up the “nervous and sensory system”, which is why BD500 and BD501 are used in conjunction with each other on the land. What good is a brain with no senses?

These preparations are designed to be inserted into a compost pile to help micro-organisms transform it quickly into fertile humus, drawing on what Steiner called etheric formative forces.

BD502 Yarrow (Achillea millefolium) prep facilitates the plants utilization of potash and restores to the Earth the power to absorb the finest dilutions of substances. Yarrow is very high in sulfur, combined in a model way with potash. It is created by fermenting the blossoms of yarrow.

As the Greek legend goes, Achilles used the juice of the yarrow plant to rejuvenate his soldiers on the field of battle. As Steiner said, “Yarrow contains that with the spirit always moistens its fingers (sulfur) to carry the different constituents to the plants organs- carbon, nitrogen, etc.”

Steiner saw sulfur as the mediator between the physical and the formative power of the spiritual reality behind all substance.

The work of sulfur brings potash into the organic processes of the soil. BD 502 relates to the “endocrine” system, allowing the farm to regulate purification and excretion.

BD503 Chamomile (Matricaria recutita) prep is high in sulfur and related to the element calcium. It keeps plants physiologically healthy and stabilizes nitrogen.

BD503 relates to the activity of digestion and assimilation. It is known to transform depleted organic sources into forms available for plant nutrition. It also protects the plant from up taking any toxic elements.

It is created by fermenting chamomile after being buried during the active winter months.

BD504 Stinging Nettle (Urtica dioeca) is utilized as the great enlivener of the soil, stimulating its health and helping to provide plants with the individual components of nutrition they most need.

BD504 relates to the heart and circulation of the farm, giving it energy to function. High in sulfur and iron, it can be used to correct iron toxicity or deficiencies, energize minerals or activate soil enzyme potential.

Stinging nettle regulates the effects of manure on soil life to provide optimum conditions for the crops as if the soil were somehow permeated with order and reason. It is also well known to break-up heavy clay soils, build humus, increase nitrogen fixation, and unlock bound micronutrients.

BD505 relates to the skeletal system, naturally, as 77% of its substance consists of finely distributed calcium. Of the many forms in which calcium can appear, the calcium structure of oak bark is the most ideal.

BD505 provides what plants need to be upright with good form, it also develops the “immune system” of the farm, catalyzing disease resistance.

BD506 Dandelion (Taraxacum officinale) is also valuable for its calcium, working to attune the growing crop to the subtle influences of its environment. BD506 establishes a balanced relationship between calcium and potassium, and is also related to silicic acid / silica.

Consider how the flower blooms around Easter and opens and closes with the sun. BD506 relates to the “liver and endocrine system”, allowing the farm to balance, regulate, and harmonize its actions.

The flower of the dandelion is to be inserted into a cow’s mesentery – the membrane which surrounds the animal’s internal organs. It is to be buried during the winter. Dandelion attunes the growing crop to the subtle influences of its environment. For those familiar with medicinal herbs, dandelion should be very familiar.

BD507 Valerian (Valerianum officinalis) is merely a tincture produced from the juice of valerian blossoms. BD507 relates to the farms “respiration” and ability to produce heat. It will activate phosphorus, bringing it into the organic process.

Being a “warmth-giver” BD507 has been used to protect against late frost damage.   (Make sure you heard Linda’s experience with this one!!)

Steiner did not expound upon its significance very much, only to say that Valerian is somehow connected to phosphorous…consider how many products are preserved with phosphoric acid.
BD507 Valerian is used by spraying the compost pile and serves to “fix” the finished humus.

BD508 Horsetail (Equisetum arvense) is not used directly in making biodynamic compost, but is brewed into a strong tea and sprayed onto plants and trees in the spring and summer to prevent fungus molds.

BD508 regulates “watery growth” common during times of heavy rainfall (especially during full moons). This prep helps to conserve energy during these watery times to ensure a hearty plant with enough energy to fully mature with good form.

Our lack of focus and attention towards the energetic components of living systems for the last 100 years of agronomy has resulted in empty food and empty people. People are waking up to this reality and seeking answers to the wrongs that we must right. The biodynamic method is part of that answer.

Incorporating biodynamic methods and products into your garden will provide immediate results and begin the process of mineral, biological and energetic rejuvenation, and will only get better with time.

In this method of investigation, we have much work to do, with potentials limited only to the imagination…so the Earth may be healed.”

This site uses Akismet to reduce spam. Learn how your comment data is processed. 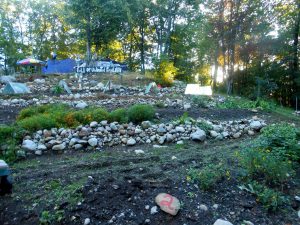